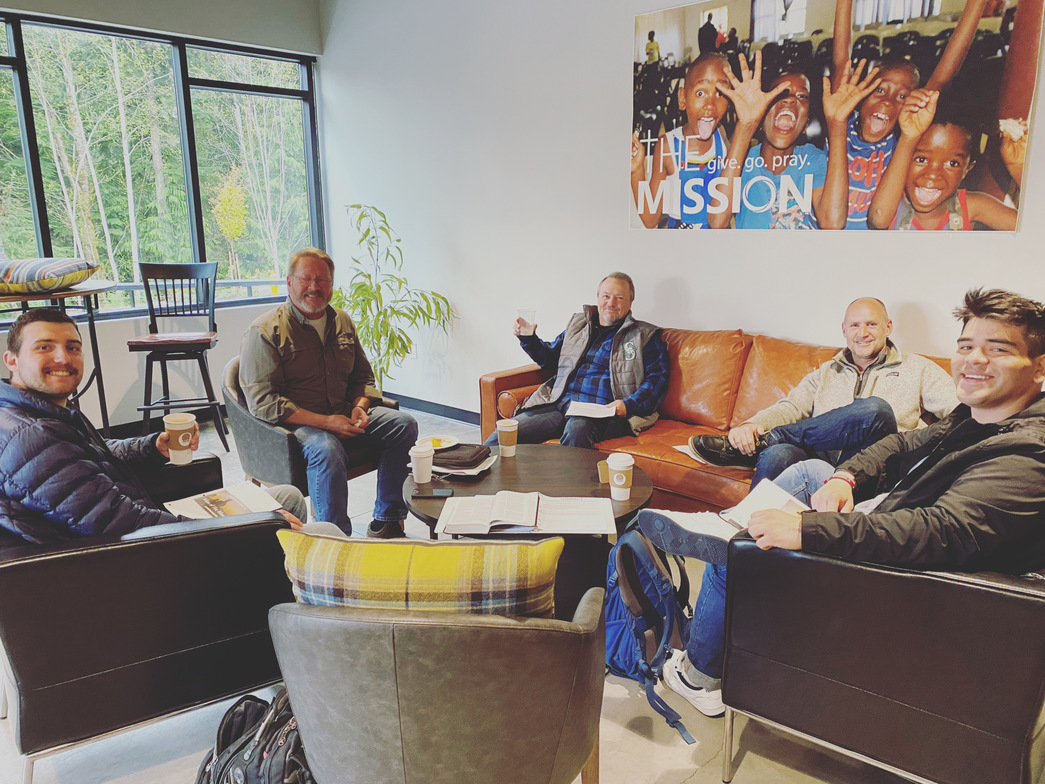 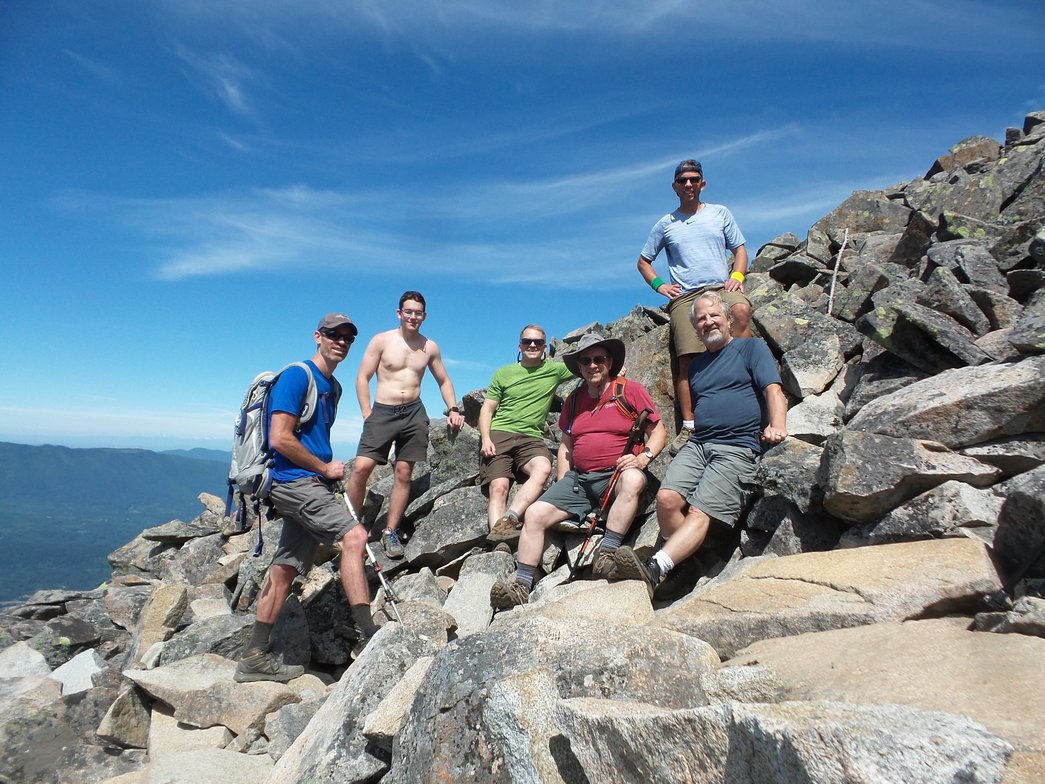 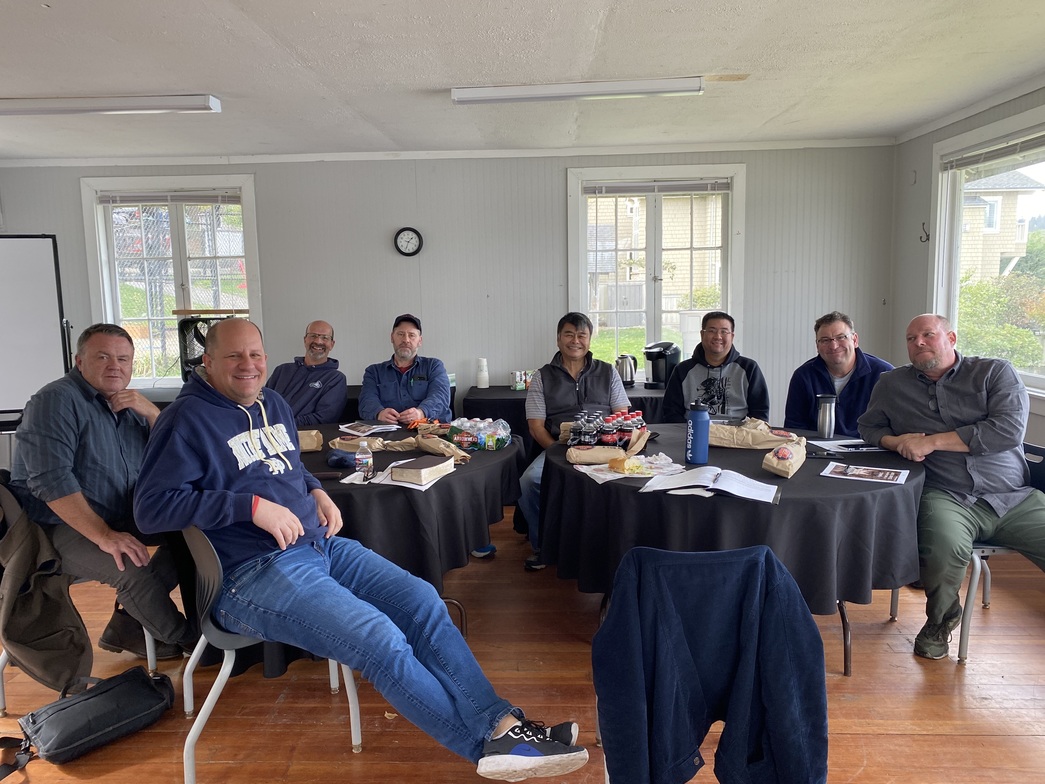 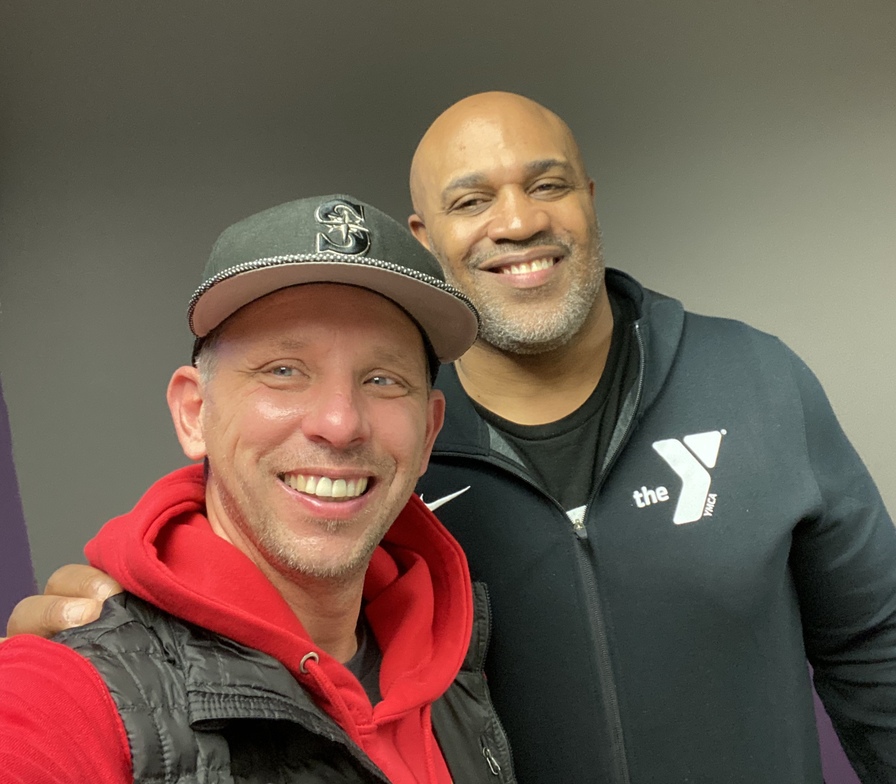 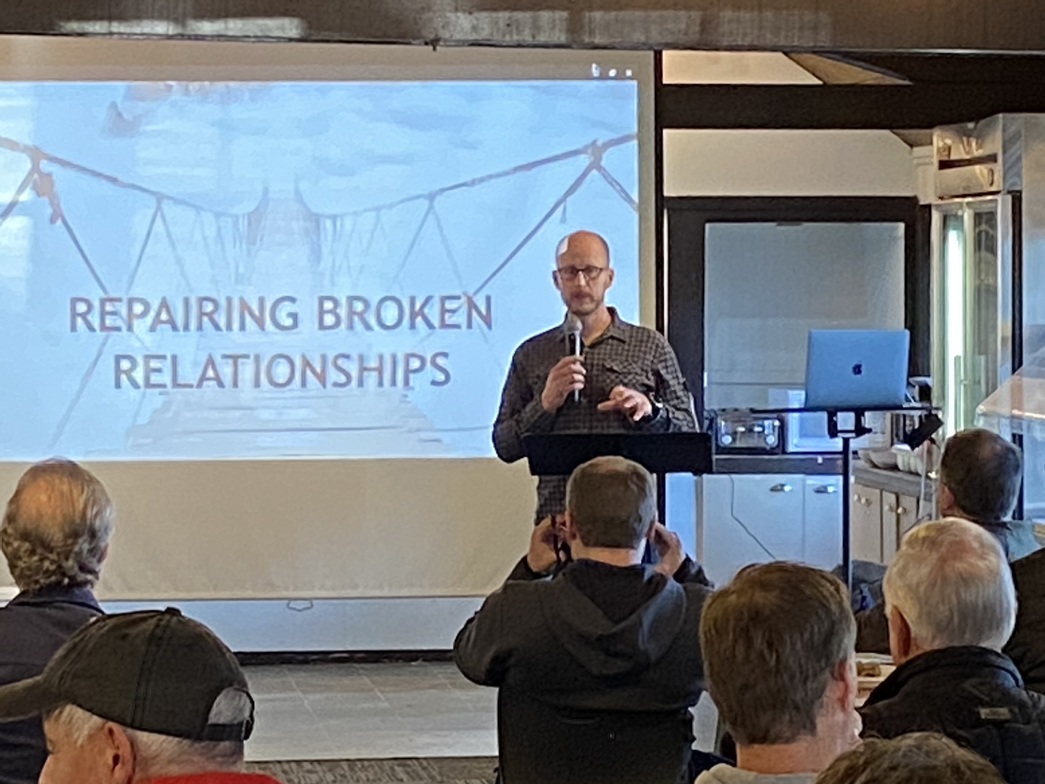 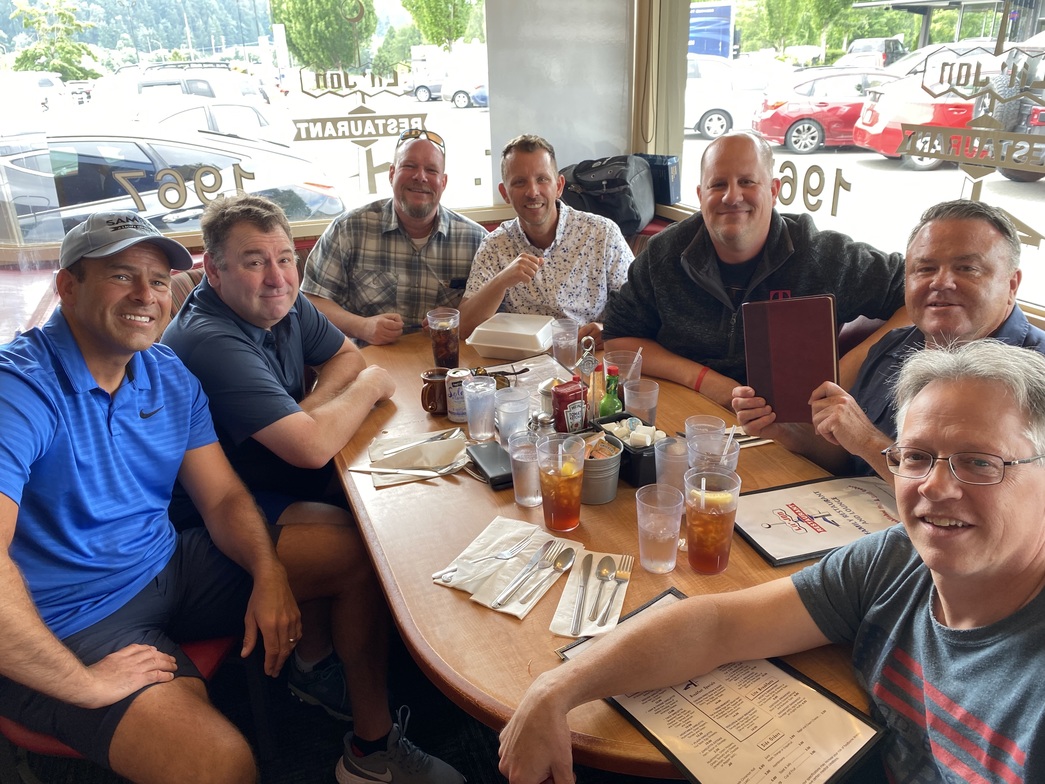 HIS Story: The History of IMPACT Players

By Founder and Board Chairman Matt Wimmer

Out of the ashes… hope will arise. The origin of IMPACT Players does not begin with triumph, but with tragedy.  In 2006, a tight group of men; husbands, fathers, and leaders, observed a mutual peer begin to make a series of selfish decisions, negatively impacting his marriage, his children, and eventually his company, which employed over 400 people. The fallout from this downward spiral was catastrophic because of the poor choices of one influential man. His marriage ended in a nasty divorce, his children rebelled, and literally thousands of people experienced pain and heartache due to an unexpected loss in employment. For the over 400 employees who were working hard to provide for their families, nearly overnight their home life was turned upside down. We saw up close and personal how devastating it can be when a man neglects his primary callings as a man- To be a great husband, father, and leader.

As a small group of men, we felt a strong conviction that we should do something to combat this type of self-destructive behavior.  We came together with strong resolve and asked, “What if we were to create a community and a setting where we could inspire and equip men to become great husbands, fathers, and leaders?” “What if we were to prayerfully work to turn the tide, to create an upward spiral to encourage men to embrace their God-given roles and strive to make a positive impact on thousands of lives?” We believed that God was calling us to this work and that every man needs and deserves to be a part of a band of brothers who will strengthen him and motivate him to be his best and thrive in the relationships that matter most.  We felt certain that if we could help lift men, that we would also be lifting their wives, children, workplace, and community as well.

On August 4th, 2006, IMPACT Players was born.  We officially received our 501c3 status as a Non-Profit organization and got to work pursuing our vision. From our inception, the cornerstone event of IMPACT Players has been a monthly breakfast gathering, which has served thousands of men in our region with manly and relevant topics focused on providing men with advice (we call “nuggets”) on how to thrive in their respective roles as husbands, fathers, and leaders. Over the past 16 years we have met in restaurants, conference centers, businesses and the SAMBICA Camp Dining Hall. We have offered nearly 200 equipping, encouraging, and engaging events over this period which have brought together leaders from business, athletics, church, and community to inspire men and impact our community for good.

Our name, IMPACT Players, comes from a sports term which we believe translates our vision for men in their marriages, families, businesses, and communities.  An “impact player” is one who positively changes the flow of the game when they step onto the court or the field. The coach inserts an impact player into the game when the need is greatest, and the stakes are highest.  He knows that an impact player can be counted on to deliver his best and change the game for the advantage of his team. When men capture this vision to become IMPACT Players at home and at work, they change the game for their wives, children, and community for the better!

We envision our IMPACT strategy in the imagery of a funnel. A funnel is wide at the top, but narrows and strengthens its focus at the bottom.  Our outreach events and breakfast gatherings provide a wide opening at the top of the funnel. Any man, no matter his beliefs or background can attend a breakfast gathering and enjoy a welcoming and safe environment where he can experience camaraderie, support, and practical help for the areas he desires to grow in. The funnel narrows as we invite and integrate men into a Coaching Cohort (a mutual learning small group) to enjoy transformational community and learn from the experiences of other men. When men discover others who have the same challenges in life, they are empowered to admit and address those struggles more productively.  As men are built up and equipped, they gain the confidence and the tools to become IMPACT Leaders, which makes up the bottom of the funnel. This commitment to developing a leadership pipeline is central to our belief that IMPACT Players can change the world.  We dream of a day when IMPACT Players will be changing the game in every home, workplace, church, school, and team across the country and around the world!

Since the inception of IMPACT Players, countless marriages have been rescued, children gracefully fathered, and business cultures positively transformed. We believe this work is from God and the incredible outcomes have been accomplished by God.  The impact is truly massive and most importantly… eternal.

IMPACT Players: The Next Chapter

In 2014, I began attending the IMPACT Players Breakfast Gatherings as a man looking to connect with other men who were committed to becoming great husbands, fathers, and leaders.  At the time, I was leading a startup organization and working hard to navigate the challenges of leading myself, my wife, young children, and my ministry through a uniquely challenging season of growth.  I knew and admired the founder, Matt Wimmer, and I wanted to be intentional to surround myself with high quality, purpose-driven men like him and the other guys I met at the monthly breakfasts.  Over time, I came to enjoy the camaraderie that this group provided, and the regular (and needed) reminders that I should be even more focused on thriving at home than I was at thriving at work.

Over the next several years, I began to see a potential “next level” of influence for IMPACT Players.  The breakfast gatherings were drawing men and engaging them with provocative and meaningful content and conversations, but there was not a next step available for men who wanted to go deeper.  Additionally, it seemed as though every time I attended one of these breakfast gatherings, I found myself seated next to or talking with a man who was walking through a season of challenge or crisis.  Men going through a rough patch in their marriage, or even divorce; guys going through intense job stress or job loss; fathers struggling with children who were experiencing painful situations that felt beyond their capacity to address.  As I heard their stories, put my arm around them and prayed for their situations, I felt increasingly convicted that IMPACT Players must provide an environment where men can go deeper in community and relationships with one another.

In 2019, I took a step towards addressing that conviction by offering to create and lead what I coined an IMPACT “Coaching Cohort.” I envisioned a group of 6-12 guys gathering weekly for a duration of 7 weeks to go deeper in conversation, learning to apply bedrock principles and practices that would help them to grow as great husbands, fathers, and leaders.  We formed our first Coaching Cohort in early 2019 and the response was remarkable.  Men were opening up to one another, encouraging each other, and taking giant steps to grow spiritually, emotionally, and personally in their most important relationships.  We knew we had tapped into something significant and before long, other Coaching Cohorts were forming, and men were sharing their stories of growth with other men.

In 2020, our world experienced a seismic shift with the cultural implications of the Covid-19 pandemic, political turmoil, skyrocketing mental health struggles, and a pervading feeling of disorientation, division, and disillusionment.  As my time working at another local non-profit came to an end in May, 2020, I was approached by Matt Wimmer (a friend, and the founder of IMPACT Players) to prayerfully consider an invitation to become the first Executive Director for this 16 year old organization which I had grown to love and become personally invested in.  Though the invitation was both humbling and appealing, the idea of raising an entire annual budget within a small window of time felt daunting to say the least! After a couple of months of intense prayer and many family meetings at the dinner table, I said “yes” to the opportunity and got to work in building the support and infrastructure we would need to get to be able to write the next chapter of IMPACT Players.  By October 1st, God had provided the funds for me to begin in my role full time and we launched our first IMPACT Breakfast of the season just a few days later to a sold-out room! Since October 2020, IMPACT Players has seen unprecedented growth and impact through its monthly breakfast gatherings, Coaching Cohorts, retreats, events, and service work in the community.  To better measure our growth, we now track men’s involvement by adding new men to what we call our “Active Roster.” We are now actively providing discipleship to over 300 men via the breakfasts and coaching cohorts (9 have been established in the region) since we turned the page of this new chapter, and the number is growing daily.  Our IMPACT Financial Partners continue to grow, which is paving the way for us to multiply our impact through additional staff, programs, and game-changing resources that will serve thousands of men in the years ahead.  Every day we hear stories of transformation, growth and positive impact as men are running together towards their shared goals of becoming great husbands, fathers, and leaders.

We anticipate that in the years ahead, more men will be reached than ever, more marriages will be restored, more children will be raised well, more workplaces will be revitalized, more churches will be replenished, and more communities will experience revival as we link shields with countless men in pursuing a noble vision to win in the relationships that matter most!